“Our chief want in life is somebody who will make us do what we can.”

All the success I’ve had in the past, present, and future, could not and cannot be done without the love and support of my family and friends. The special ones who have guided me are true mentors. Here’s how I met one of them.

I could barely make out the back of his shirt that read, “Princeton Track & Field,” but I didn’t need to read it to know this gentleman was a runner—his telltale build and strut as he left the track were clear as day. Unsure if I’d see him again, I slowly jogged behind him until I was within hearing range. “Hey, did you run track for Princeton? I’m an 800 guy here at Emory!” He responded, “I did. Now, I’m a med student here.”

I’ve learned many different things in my life, but one thing I hold to be true is there is no such thing as coincidence. Immediately, I asked if we could meet up as I told him he was exactly where I wanted to be in a few years. How rare is this? To have a future you stand in front of you willing to meet, and as I would find out in years to come, equally willing to help. But what if I hadn’t chased after Alexis (Dr. Tingan) in that moment? What if I had hesitated? One slight moment of doubt could have closed the path to a guide and friend, one never to be crossed again. My strong desire and willingness to become a physician may have led me there alone, but as the parable goes, ‘a man once believed he’d survive flood waters because he prayed to God to save him. After turning down a boat, a canoe and a helicopter he sadly died and when he arrived at the gates of heaven, God told him that he sent those people to save him.’ God puts people in our life with a purpose. Lex was one of those for me. Our shared interest in running and passion for medicine established a natural relationship, and he has been able to help me choose the appropriate undergraduate class schedules, select medical schools that would be a good fit for me and to navigate the medical school application process. Having run the same events in college, we shared in our perils, our accomplishments, and our goals.

For success meeting a mentor: establish a relationship first, know your weaknesses and your strengths, be cognizant of the schedule of your potential mentor and be clear in outlining one’s needs.  Fast forward…

The lessons I learned from Alexis were put in practice for someone else. Preparing for a lengthy heart physiology and anatomy study session at the library, I couldn’t help noticing a young African-American undergraduate student intensely studying at the adjacent table. It was about 9:30 PM on a Saturday night and it was obvious he had been at that table for quite some time. Peeking over his shoulder as I walked to the bathroom, I saw him writing down notes from an organic chemistry book. Before I returned to my seat, I excitedly approached this young gentleman and through our conversation, learned that he aspired to attend medical school. Without hesitation, I offered to mentor him through the long and arduous process from the pre-medical courses to the application and interview process. He hesitantly gave me his email and a few days after, I emailed him to which he eventually replied. I am not sure if he was shocked by a stranger approaching him or by the idea of having a stranger offer to mentor him. As we grew closer, he admitted to me that he had never had a mentor. I don’t know if he was afraid to ask before, lacked the self-confidence or simply had never had someone offer their assistance? But I knew if he had made it this far “alone” then, within, lay had an incredible self-drive. Growing up in Houston where he attended public school and then matriculating to The Ohio State University where he earned merit-based scholarships, he progressed without anyone in the form of a mentor. How many others feel this way? Black? White? Male? Female? Mentorship is hard to obtain, but easy to bestow upon someone if it’s in your heart. As the application cycle approached for Phil, he showed me his list. There were good medical schools on the list, most of which were in his home state of Texas, but after seeing his stellar GPA and multiple leadership/volunteer experiences, I looked him in the eye and told him, “You’ve got to apply to Harvard School of Medicine! Whether or not you go there, there aren’t many of us who have ever been granted an interview at such a prestigious institution.” I also added other schools to his list opening his horizon, reminding him to believe in himself and to believe in his potential. Phil has just finished his first year at the University of North Carolina School of Medicine—a renowned and highly regarded medical school.

Phil emphasized, during a recent conversation: “Jason, without you, I never would have applied here…” I could only reply “Phil, together we go farther. Remember that!” 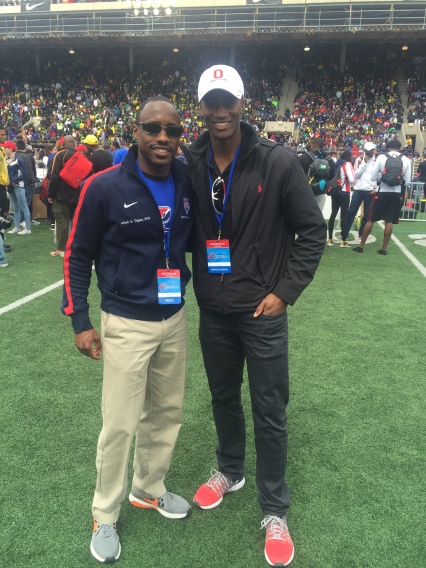 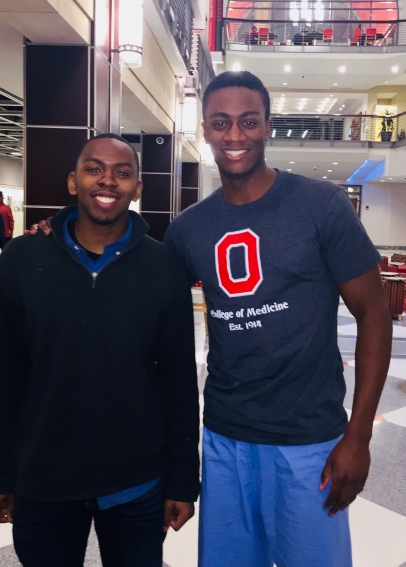